In the wake of yet another music icon lost to a suspected drug overdose (Whitney Houston), I’d like to say a few words.  There’s no way I can pay tribute to all of the great musicians, actors, comedians, and entertainers that have had a tremendous influence or personal impacts on our lives and have been lost to drug and alcohol abuse.  Also, celebrities aside, I would be remiss if I didn’t mention that probably almost anyone that reads this has known someone who they lost to either drug overdose or complications from past drug use. I know I have…several.

Another reason I’m not going to mention all of the artists lost over the years is because frankly (and I know this may be an extremely unpopular opinion/statement) I don’t really identify with or care about all of them.  This is not to say that I feel that anyone should overdose and die on drugs, but they did not all have the same effect on my life.  The two people I will mention here today struck a chord with me in particular and this is why…

First of all, I’d like to discuss Layne Staley.   Alice in Chains has to be one of my top three or four favorite bands ever.  Despite the fact that I have hundreds of CDs, not to mention hundreds more songs on my computer, I find myself going back to AIC almost weekly, no matter  what else I am listening to.  As it is, I am still discovering AIC music that I have never heard, though I have been listening for the better part of the last 15 years. 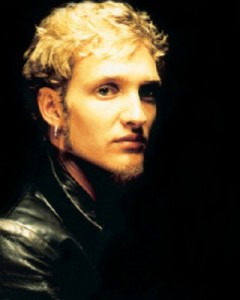 Though I consider myself a professional music consumer (ha), I won’t even pretend I have the musical knowledge or lingo to innumerate all the things that make AIC musically unique and/or special.  So I’ll put it the best way I know.  Their music makes me feel. I mean, the music is tight, Layne Staley’s voice was one of a kind, and the harmonies between him and Jerry Cantrell were…freakin’ magic.  These words are inept at expressing the depth of emotion AIC music conveys.  I don’t know how else to put it, but if you get it, you get it.

The lyrics spoke often about Layne’s own personal struggles with drugs.  Now, what makes Layne different than many (not all necessarily, but probably most) of the other artists lost to drugs, is his self-awareness and public acknowledgment of not only his problem with drug addiction, but the fact that he was losing the battle, and the eventuality that came with it would be his death.

A few statements from one of his last interviews resonate with me still:

“I’m not using drugs to get high like many people think. I know I made a big mistake when I started using this shit….My liver is not functioning and I’m throwing up all the time and shitting my pants. The pain is more than you can handle…”

“I know I’m near death…I did crack and heroin for years. I never wanted to end my life this way. I know I have no chance. It’s too late.”

That coupled with the stories regarding his last visit with one-time friend and band-mate Mike Starr (also now deceased from drugs) and the circumstances surrounding the discovery of Layne’s body make for a very depressing end to a promising life… It’s an end I can’t help but think about when I listen to his music and it makes the experience bittersweet and somehow even more poignant.  While some might say I’m being overly morbid and should focus on the music and not this story behind the music, the fact that his drug use was regularly subject matter in his music makes linkage of the two kind of appropriate.

I find it inexpressibly sad that he suffered so much before his death.  The fact that his body was not discovered until roughly two weeks after he died, and he was surrounded by drug paraphernalia and that his weight had dwindled to a measly 86 pounds on his 6’1″ frame just make it that much sadder.  A great light, snuffed out and reduced to nothing but a decomposing shell.

I keep mentioning his suffering because of the fact that so many of these talented people we keep ‘losing’ to drugs are either in public or personal denial of their problems (or both.)  To that end, if they are suffering (and often they aren’t, they are just partying and it goes too far), they don’t admit it to themselves, let alone the public.

The fact that these people have seemingly everything is not lost on the public (especially us poor schmoes who would practically kill to be in their shoes.)  Many people (among which I am sometimes one, depending on the situation) will say, “All that money, all that fame, and they couldn’t find someone, something, to help them?  What do they have to be upset about in the first place? (IOW, why the escapism in drugs.)”

I would even go so far as to say (though I am sure this opinion won’t endear me to many) that sometimes, as in the case of Michael Jackson for example,the people that surround these bedeviled stars, people in their lives, enable these things to occur by allowing the individual not to be responsible for their own actions.  In MJ’s case, for example, everyone seemed very quick to want to lay all the blame at his physician’s feet.  Michael was a grown man, and I often wonder how much power these stars have over the “subordinates” in their lives.  Could Michael have pressured his doctor with implied or explicit threats to his career to get the doctor to acquiesce to his wishes?  Just something to think about…

Anyway, I digress.  Back to Layne Staley…regardless of what starts a person on drugs or alcohol, I suppose the point is that I don’t feel pity for each and every  rich and famous person who threw his or her life away on drugs, but I do feel sorry for this man.

Now, the other person I’d like to mention is Peter Steele of Type O Negative.  The voice of Type O Negative, Steele was a towering figure (6 foot 8 inches tall) with a uniquely bass voice.  Type O is another band whose music evokes strong emotions in me and perhaps that is one of the reasons his death also has a greater impact on me, than say, Whitney Houston’s.

As to the apparent cause of death for Peter Steele, it is largely believed to be an aortic aneurysm.  Steele had been diagnosed with atrial fibrillation years before and was on heart medication.  Steele died at age 48. 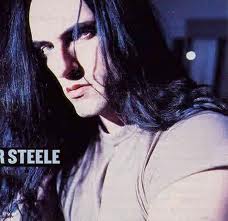 Steele himself admitted to being bipolar and having a depressive personality.  In addition he is said to have suffered from stage fright at some point or another.  Regardless of what drove him to alcohol, cocaine, and…whatever else he was on, Steele eventually did check himself into rehab and according to his band-mates, at the time of his death he had “enjoyed a long period of sobriety.”

That is another reason his death is especially sad and wasteful to me.  He had gotten his life back together, presumably.  His death was initially listed as heart failure, and finally determined to be aortic aneurysm, he had been ill with the flu at the time of his death. *  But if you read between the lines, perhaps years of cocaine abuse coupled with his unusual size was too much for his heart to take.

So, anyway, that’s my two cents on the subject. I chose to blog about it in part because it’s something that has been on my mind a while (like I said, whenever I hear AIC.)  Whitney Houston’s death likely makes this subject relatable to more people, as she is largely considered to have been a “queen of pop” of sorts.  While I did grow up hearing Whitney Houston (and whatever else my parents listened to back in the day), her death does not necessarily inspire mourning in me.  I am not emotionally tied to her music.  I view her death as a senseless waste that did not have to happen, but I also feel like she did not acknowledge her problems with drugs and so threw her talent and life away.  But the names and faces that inspire hope and emotion differ for all of us, so I hope most readers can take something away from what I’ve written. After all, the feeling of loss and the emptiness that comes with such a tragic waste is partially owing to the senselessness of it, and that is something we can all relate to.

19 responses to “In Chains: music and drug addiction”