Of course, there’s plenty out there on the web regarding the frontman/lyricist/vocalist/creative force behind names like Tool, A Perfect Circle, and Puscifer.  But it seems like it’s the same few factoids fastidiously recycled.   Attempts at locating extensive information about his personal relationships and/or family are frustratingly elliptical in nature.   or anything.  I’m just curious (like so many other people I’m sure) as to what kind of people he chooses to keep closest to him.   Anyway, I’m not really interested in chronicling his life.  What I’ve been wanting to write about is how his music makes me feel. 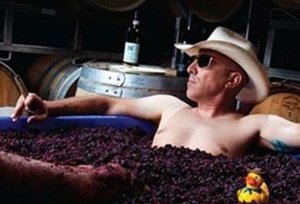 After all, this man’s voice, his words, affect me deeply.  They’ve been with me since the years of my adolescence, and his music, both  the old and new, affect me on a very personal level.  It’s strange to feel that way about someone I’ve never met.  It’s not as if I can actually know him from the snippets that are out there in cyberspace or jotted down in whatever magazines he’s consented to interview with.  He’s gone on record as being a very private person who actually eschews the fame and publicity that inevitably comes with being a musical powerhouse.  And like any (in)famous person, he can exert a certain amount of control over his image by choosing how he presents and conducts himself during interviews and in public.

He’s all about the music, the spiritual growth, and the healing that comes from both.  And you can hear that in the soulful resonance of his voice as he wrenches bittersweet melancholy and nostalgia from your soul and drives it home with a healthy dose of self-deprecating irony.

So, in honor of his upcoming birthday (April 17th) and the specific APC song that has been serving as my internal soundtrack these past few days, I leave you with this:

7 responses to “Maynard: Snapshot of a Musical Visionary”