Sorry I’ve been AFK for so long.  The past four years with President Dumpster Fire, and all the increased loud mouth, fact-denying bullshit that has come with it has been pretty overwhelming for me, and being a clinically anxious person already, sometimes my thoughts are just too chaotic to try to sift through.  But I do want to put this out there.  I do want to be one more person who says that, unequivocally, black lives matter.

It boggles my mind that so many people are more outraged by the occasional riots that can happen at what are arguably mostly peaceful protests, than they are by the violence that is causing people to protest and riot in the first place.  These SAME blithly privileged souls have virtually nothing to say about armed white men storming a capital building and shouting directly in officers’ faces.  When they do speakwspeak, it is with excuses. When two white lawyers stand on their lawn and point weapons at BLM protesters passing peacefully by in the street, the only thing we hear from them are things like “second amendment rights,” and “right to protests,” (both rights they almost never afford their black counterparts.)

  Or we get justifications and excuses that protesters were in a gated community, or on private streets.  I even had one person defend these numbskulls by claiming “they didn’t know their (the protesters)  ‘intentions.'”  Well, shit.  I don’t know the intentions of half the people who walk down my street, but I don’t wave my gun at them.  (And if I feared for my safety, the first thing I’d do is get my ass inside and call the police. )

When POC are involved, the same apologists and defenders of crazy white people usually offer something like, “he should have followed rules.” And “blue lives”  don’t seem to matter as much when angry white men are being categorically disrespectful and aggressive to police.  Let’s be real.  You’re lying to me and yourself if you claim black men could have gotten away with a display such as the one seen in the Michigan capitol.

Now, before anyone gets pissy, let me state, in case it is ambiguous for some, or you are tempted to build a strawman argument,  I am NOT saying Blue Lives don’t matter. But no one is BORN “blue.”  Conversely, black people, especially men, are unfairly profiled and targeted for simply being the color they were born. Citing such tidbits as “more white people are killed by police than black people,” is simply a diversion, a statistic without context*, when you consider two facts;
1) Police are using lethal force in situations where it is not called for, nor necessary.  I don’t give a shit if he stole something, or has outstanding warrants.  That man was not threatening him, he was fleeing, and aside from the fact that bystanders also were in peril, no one deserves to be shot at for shoplifting.  If you think that’s okay, you need Jesus or therapy or something, and you are part of the problem.

2) It is clear to anyone paying attention to multiple news sources (not just Faux news or even one single left -leaning media outlet,) that different unspoken rules seem to apply to whites and POC, not only in how they are approached by police, but how they are reported in the media.  Often black victims of police violence are shown in mugshots to engender mistrust and a feeling that “he deserved it” because he was a “criminal.”  Again, I ask, when did it become the police’s job to execute suspects without benefit of trial for petty shit?

Again refer back to the couple who waved their guns around outside their home in St. Louis.  This was after the mayor doxxed BLM protesters online.  So we can’t overlook the media’s role, particluarly right wing media, in attempting to paint all protesters as terrorists.  In point of fact, the male lawyer in the above video link, seen clutching his rifle like a security blankie, claimed he was the victim here (naturally), having been harassed and “assaulted,” although I have seen zero footage to corroborate an assault, and the couple didn’t seem fearful to me, so much as belligerent.  To be clear, I don’t care that the protesters were in a gated community.  Civil disobedience has always been a party of peaceful protest. The lawyers could have called the police for trespassers, and had the protesters come into their yard or attempted to damage their home, then I would say they had every right to try to scare them off.  But in the videos and photos I* saw, it was the home owners who looked combative and aggressive.  I don’t even care that according to the Missouri law, these people may have been within their “rights.”  (And nevermind neither of them look like they know how to handle their firearms, which is a whole different mess of bullshit in America).When did it become okay for citizens or police resort to resort to lethal force FIRST?!

Now let me drop some context for those aforementioned stats on you.*

Government officials, academic researchers and media outlets launched data-collection projects around that time to better understand the frequency of police violence and the risk factors that contribute to it. From these growing data sets come some disturbing findings. About 1,000 civilians are killed each year by law-enforcement officers in the United States. By one estimate, Black men are 2.5 times more likely than white men to be killed by police during their lifetime1. And in another study, Black people who were fatally shot by police seemed to be twice as likely as white people to be unarmed2.   (source)  <—–(additional sources in the article)

Don’t worry, I’m just about done here.  AT this point, many people have dug in their heels, and no amount of facts will dissuade or persuade them. And that’s unfortunate…and frustrating.  Because much like Covid -19 is surging here in the US because we can’t all get on the same page about, you know, demonstrable science, and reasonable precautions, (not to mention the value of individual lives when balanced with our economy-and I  can’t believe I even have to type that shit,) people will keep dying until we institute change.

If you want to help but don’t know how, even something as simple as using your own privilege to speak out.  Call out your friends and family when they try to lay the usual bullshit excuses on you.  Having privilege does NOT make us, as white people, bad. That’s not what privilege means, nor does it mean we’ve had an easy life. It just means our lives haven’t been made harder by our skin color. Use your privilege to help instead of hinder. 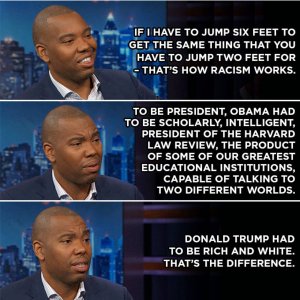