“We can’t take any more immigrants, one might be member of a drug gang!”

Trump’s Republicans be like:  Six people died from vaping, so we need to outlaw flavors.

They  also be like:  “How dare Michelle Obama try to force healthy school lunches on our kids?” and “You can’t outlaw Super Big Gulps and cigarettes!  It’s our choice if we wanna risk getting cancer or getting fat!”

Modern Republicans be like:  “You can’t ban guns! Ban’s don’t work! Just look  at the ‘war on drugs!'”  and “Criminals don’t follow laws,”
But then:  “We need to ban abortion to protect the unborn babies!
And THEN: “If they outlaw guns, I’ll become an outlaw!”
And also like: : “If they don’t want to lose their kids or see them in cases they shouldn’t have broke the law”
And like:  “Sanctity of life!”
But also like: “Why didn’t he do what the officer said?!”
Modern Republicans be like: “Any guns we want in any volume is our second Amendment right!”
But also: “A woman gives up the right to privacy and to make decisions to her own body (14th Amendment)  when she gets pregnant!”
And: “OUR Freedom of Religion allows us to violate other people’s rights to not be discriminated against, and to refuse service to people whose lifestyle we don’t agree with. But:  “It’s not fair that we get harrassed for wearing our Trump hats and expressing our political ideas!” 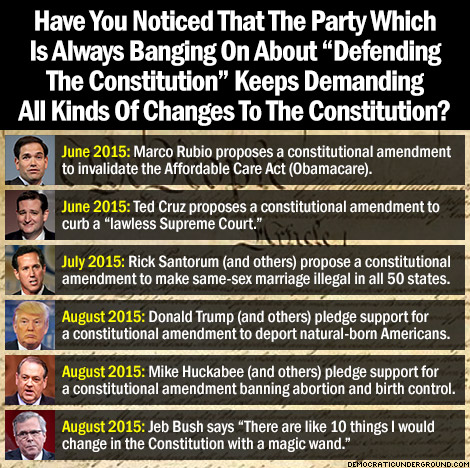 And after all of that, they turn around and try to paint the left as melodramatic, pushy,  “politically correct” hypocrites.  Yeah, okay. 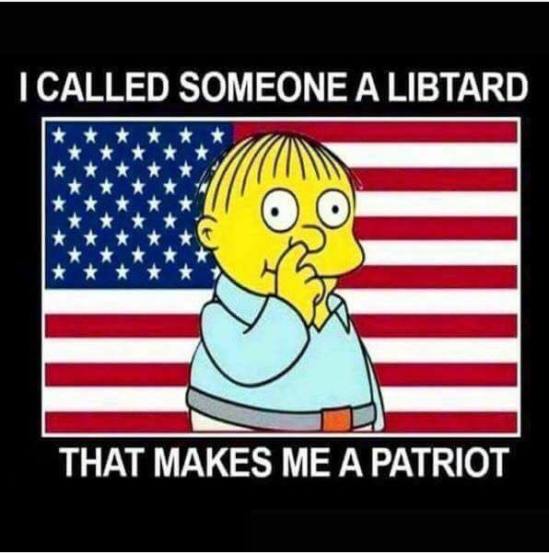 Because this can be such an emotional topic, at least in regards to the issue of abortion, I’d like to preface what I am about to say with this:  I have come to the conclusion that is real life sometimes there is no “good” solution.  There is only the best solution for a given person at a given time.  I have thought it over quite a bit myself and while I can definitely see the pro-life point of view, in the end, I can’t get behind one living thing, a person, (the woman), losing her rights in deference to another living thing.  Anytime a woman feels she has to make a choice like this, it’s a hard, shitty choice to make, but I do believe it still should be a choice.

Please feel free to offer an opinion in the comments if you like but keep it civil towards all involved.  Thank you.

END_OF_DOCUMENT_TOKEN_TO_BE_REPLACED

Man…there are so many hateful people in this world.  I am really starting to hate Facebook for making me so aware of it.  People like to blame all sorts of groups for “the state of the country…”  The Republicans, the Democrats, (Libs and Conservatives), the poor, the blacks, the whites, the illegals…  There is very little left of sympathy or empathy or the milk of human kindness.  SO many people only care about themselves and how things affect them.

The government just cut food stamps…again.  And the house endorsed and extra $500 million in aid to Israel…for missile systems!!!

Could someone tell me why so many people in this country hate our own poor, disdain giving them any help or money because they think it’s just the poor being “lazy” and the gov’t “enabling” them…?

But we can send a shit ton of money to other countries?  Oh, I bet I can…  Because somehow the House sees the money sent to Israel for weapons as a better “investment” than money spent on their own people.

Are we all so busy hating each other, blaming each other (damn lazy poor people,) that we can’t see the gov’t is the one sucking up all our money, screwing up our lives?

Facebook and the internet is really making me start to hate people…worse than I already did.   By all means, let’s cut SNAP aid and welfare money to the US poor….by, dear GOD, don’t let the Panda Cam go offline!!!