Trump supporters for real need to stop acting like they are the victims of their own CHOICE to support an awful human being.

“No one wants to date us! Waaaaahhhh”

“We get dirty looks for wearing our red hats in public…waahhhhh!” (originally a typo had that saying “red hates,” instead of hats, and maybe I should have left it because it was ALSO accurate.)

“Liberals are so judgmental! Waaaaaahhh!”

“No one wants to be our friend! Waaaah”

In essence, the people who coined the term “snowflake” are, not surprisingly, the worst snowflakes of all.  They want, demand, their “freedom” to refuse service to gays, refuse help to refugees, force prayer in schools, deny certain healthcare to women, and the list goes on.  But then, when people don’t want to associate with them, because these things, these “opinions,” are abhorrent to us, they cry about how judgmental liberals are.

Here’s another common claim that gets bandied about: 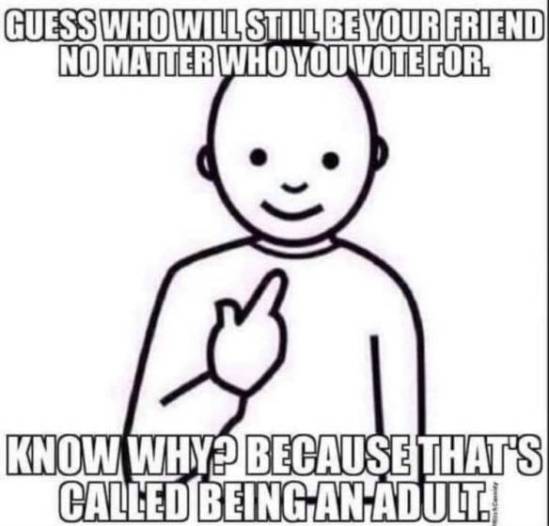 Because they believe they have the right to vote YOUR rights away and still call you “friend.”  After all, they are “entitled” to their opinion.

But thankfully, there are plenty of people with common sense who realize, yes, you ARE entitled to your opinion…and we’re entitled to think your opinion makes you look like an asshole. Now reap the consequences. And they fixed the meme for us. 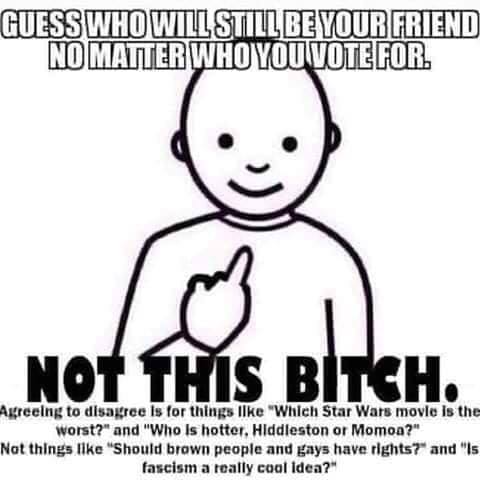 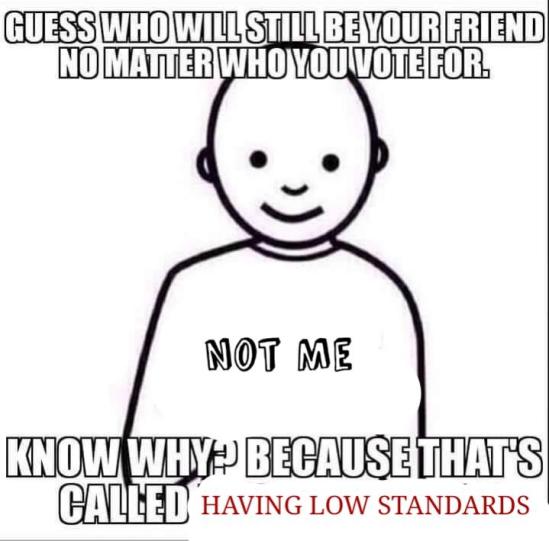 Before I go, because this could get extensive if I let it, let me just say one more thing.  Before the rise of Trumpism, never have I EVER cut ties with someone over who they voted for.  I hated Mitt Romney (who would have guessed he’d be the only Republican with sack enough to vote FOR conviction in Trumps’s impeachment, and I’m sure he had his reasons,) but I never argued with friends or family who voted for him.  I never “unfriended” Bush supporters.  But this is NOT politics as usual.  This is hate and lies allowed to permeate our daily existence.  Support of Trump IS support of belligerent defense of ignorance and hate, of bullying, of corruption and obstruction, and deliberate attempts to grind minorities under a white jack boot.  And if you support that, I don’t support you.  IF that hurts your feelings, own it.  You chose it, and by refusing to speak out for what’s right, you choose it every day.  Don’t give me some bullshit about Obama or Hillary.  Nothing excuses what is happening now.  Whether you are full on drinking the kool-aid and support racist policies and OBVIOUS, pathological lying, or are simply okay with these things “because the economy,” own your choice and own its consequences.

To break it down as simply as I know how, if you supported a President Puppy Kicker, liberals would be perfectly within our rights to say, “That’s fucked up.  Go play in traffic,” and probably no one would bat an eye. But refugees and the poor are accorded less grace by Trumpers than furry animals, so there’s that.  I wonder now though if Trump claimed to kick puppies, how many of his supporters would say “But the economy is so ‘good’ and it serves the puppy right for coming here anyhow.”

Stop deluding yourself that he cares about farmers, the working class, the veterans. He doesn’t.  Because even IF Trump were boosting the economy, (and when all things are considered, he is most definitely not helping anyone but the already rich and powerful, while his supporters cheer him on like THEY won the lottery) NOTHING excuses how he behaves.   And NOTHING excuses lying, cheating, and stealing, and hurting others to get what you want. I thought that was something all our parents taught us as children.  I’ll even bet most of us teach THEIR kids this, (Republicans included, while voting out the other side of their mouths.) It’s a shame so many people have chosen to forget.

But some of us remember, and if we don’t want to be your friend because you don’t, go cry to someone else.  And die mad about it. 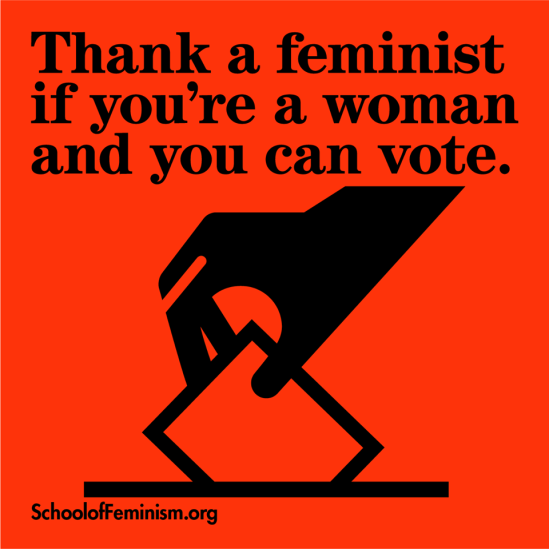 This. I hate that “feminism” has a acquired a taint because of a few militant feminists. When people make the argument “why is it called ‘feminism’ and not ‘equalism'” (or whatever name they think is more appropriate) if it isn’t skewed towards women, it’s  because HISTORICALLY, all the rights women have now are relatively new (DUH!). We never started on equal footing, so the movement to give us the same rights men have always had probably did seem female-centric. The beginning of feminism is basically when we started sticking up for ourselves.   And a lot of rights we now enjoy, we take them for granted because we have lost touch with the women (and in some cases, probably a few men)  in our history who had to fight for us to get those rights. 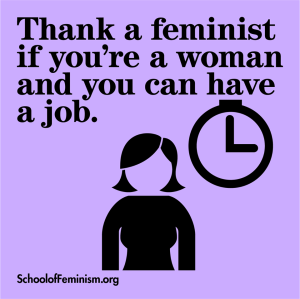 It bugs me that even today, some WOMEN refuse to identify as feminist. It’s sorta sad, because it shows not only a gross misunderstanding of what feminism is, but also that in some ways, that the old social patriarchal programming is still in some ways in tact. They actually DISDAIN “feminists.” To me that’s like a mother of many, who hates kids.

And speaking of kids, what if you’re a woman who doesn’t want children, and especially not before you’ve had the chance to finish school…or go to college. 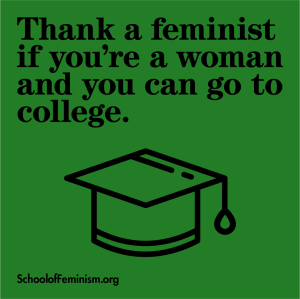 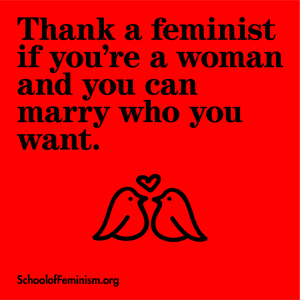 Thanks to feminists, you have access to birth control.  You also have the right to divorce and leave a marriage that isn’t healthy or is not working out. 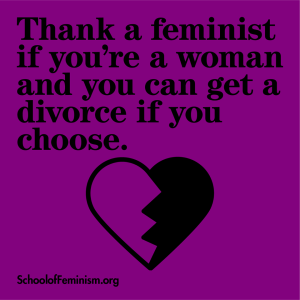 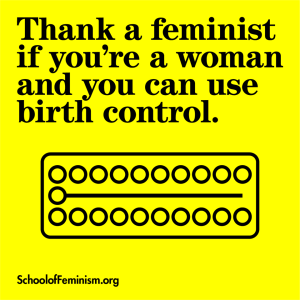 If you are assaulted, you have the right to accuse your attacker.  If you have been impregnated by a rape, you have the choice to terminate your pregnancy. 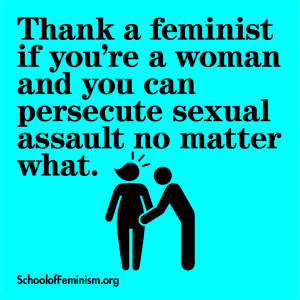 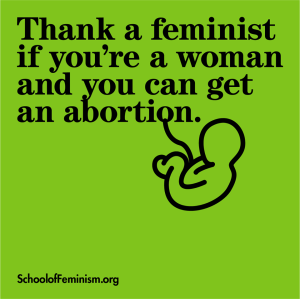 You even have this option under normal circumstances, if you are just not ready or willing to have a child…you get to make decisions about what you put your body through.  And there are people who want to take away that right, in the name of “religion” and their morality.  Personally, I don’t see anything moral about taking rights away from a living, breathing, autonomous woman, and giving them to an nonviable fetus.

The point is, as woman in America, we have access to tons of things we haven’t always historically been “allowed,” all because of feminism, and yet, sadly, in this country as of late, we are seeing a push to deliberately regress in social progress.  And not just for women, but for minority peoples, people of color, non-Christian people, immigrant people, and queer people (who are STILL fighting for all their rights.)  But all people are people, and they deserve the basic amount of respect and freedom to live their lives if they see fit.  We can NOT afford to be silent or apathetic to what is going on now.  Not to us, not to our other marginalized brothers and sisters, and not to our planet (because Mother Earth is suffering at the hands of the plutocrats too.)

I know I sound wacky, (and that’s what the people in power want you to think, because that narrative makes me the bad guy) but let’s be real… We all want comfortable lives, but more than that, we want comfort and happiness for future generations, specifically our kids.  OUR children, and America’s children.  But before we can get back to that, we have to reconcile our own fears and insecurities.  I know you’ve probably heard it before; Equality is not a pie.  There is not less for you if you share it with others.  We have to get over this competitive adversarial attitude towards our fellow Americans.  We can care about our own interests without feeling like other people need to suffer for it, but we need to start asking the right questions. 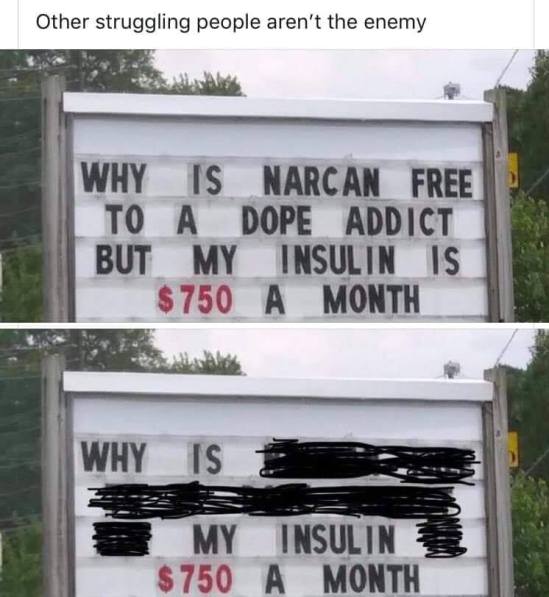 There are a handful of very powerful and rich people in the US who only want MORE.  They want to have obscene amounts of money and power- to acquire it and to grip it in a death spiral, only the death isn’t theirs…it’s ours, it’s our future’s, it’s our planet’s.   I am sure I could expound upon this all day, but I will wrap up by suggesting you watch this short non-partisan video on corruption in America.  This video not only details some of the failings in our system, but ways we can start to address them I say “non-partisan,” but my guess is the people in power see it as very partisan; Us VS Them, and they use fear and insecurity to bait us into blaming each other instead of them so they can stay in power.  But it doesn’t have to be Us VS Each Other.  It is so hard, so,so hard, when we’re surrounded by bad news and hate and strife every day. I am just as guilty as anyone of feeling angry and adversarial at times.  But I want to try to do better too.   Let’s do better together.  Blessed be.

Edit: 3/16  I mention American a few times in here, us needing to be unified, etc.  I’m not trying to push any sense of overblown nationalism or “America First” BS here.  It’s just that this is where I live and I feel like under this administration, we’re actively imploding as a nation.  I don’t feel like we should be at odds or ‘comparing’ and competing with hardships of anyone, including refugees, immigrants, people of other faiths, etc.  All suffering matters and I just wish the people most likely to trot out the ‘all lives matter” phrase would start SHOWING it in their actions and their voting choices.