Recently I was disturbed to find that I backslid with my weight-loss efforts, and that I had regained most if not all of the ten pounds I had lost over the past year.  I was extremely discouraged to discover that I no longer fit into the new jeans I got last year (that I love so much. )  I’ve been wearing yoga pants for most of the summer.

So I had to go and buy “fat jeans.”  When I came home with a pair of size 11 LEIs (for some reason they just seemed to fit the best, better than the women’s size 10 in other brands,) I was happy to have some new jeans, but very discouraged after all the “trying on” and by the fact that my other LEIs after my weight-loss were size 7!

Then, a day or so later, my neighbor gave me a pair of her old jeans that no longer fit her.  They fit, albeit I would have them maybe a half size larger if I had my choice…   And they were size 5.

And a revelation I’ve had before came to me anew (I guess that makes it a re-revelation???)  Size 5 jeans now are not the same as size five jeans ten years ago.  The sizes are getting smaller.  Today’s jeans are made for girls without figures…  basically prepubescent girls or girls built like 12 year old boys.  I need to go one size larger just to fit my ass into a pair of jeans.  Maybe this is because I am trying to wear junior sizes, you might suggest. (I am petite and also I find the cut and style of junior clothing generally more appealing.) Well, it used to be if you are size 5 in juniors, you’d likely wear a size 4/6 in women’s.  Following this logic, I purchased a size 11 in juniors, but I should be able to fit a size 10/12  in women’s. (We already know the tens I tried didn’t work.)   Yet these 5s from almost a decade ago fit almost perfectly.  Incidentally, my “skinny” jeans from last year, they’re a size 7.

So what does that tell me, aside from the fact that the sizes are getting inexplicably smaller?  Well, to me, whether on accident or by design, clothing manufacturers are encouraging the already dangerous trend in society that propagates self-criticism and self-esteem problems in women.  It’s bad enough that average women are told repeatedly through pop culture’s fashion and tendencies that any fat is bad, that anything less than a model’s body is bad, now they have to be reminded every time they try on a pair of jeans.

Now maybe some of you think I am probably just a bitter fat woman who just sits on her ass but complains about being fat.  Rest assured, I have been exercising five to six days a week religiously for the past two to three months, and I have once again started keeping track of my food intake.  As to my weight, while I am over my ideal weight by about fifteen pounds, I am not fat.

I love to eat and because of that I’m not losing through calorie restriction as much as I’d like, but I do feel stronger and more empowered from my exercise routines, so eff you, skinny jeans!  I will fit into you again, but until I do, I will not allow the size of my jeans to dictate my body image. 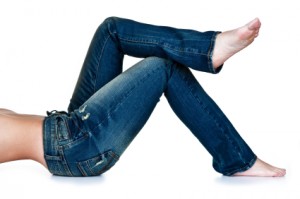 Weight loss is something I’d wager many people think about at some point in their lives, and according to a 2011 Huffington Post article, obesity rates are continuing to rise.  And although a majority of the Americans who want to lose weight are not seriously trying to lose said weight, a significant portion of people are always engaged in some form of weight loss endeavor.  If you are not one of those people, you likely know someone who is.  I myself am trying to lose ten or fifteen pounds to get back to my ideal body-type.

That said, obviously there are many different approaches to weight loss.  Some are effective, many are not.  Some are practical, some not so much, depending on your lifestyle (raw food diet, carb restriction?  No, thank you.  I love pasta and I have a two year old.  I need to cook normal food.)  Some are safe, some are not.

Today I want to discuss diet pills.  Doubtless you already know that many diet pills contain stimulants like amphetamines, ephedrine, and caffeine.  Even pills without caffeine can contain one or more herbal stimulants.  Supposedly, these stimulants aid in weight loss by kicking metabolism into high gear for a while, as well as often giving the user a temporary feeling of energy and euphoria.

I personally cannot handle stimulants.  I have an anxiety disorder to begin with, and stimulants don’t agree with me.  I have one cup of coffee in the morning (and if it’s a big cup you’ll likely see me shaking like a junkie for a couple hours afterwards.)  If I drink anything with too much caffeine, even in the afternoon, I sometimes can’t sleep at night.  I can’t take decongestants with pseudo-ephedrine because they make me jittery.

But some people tolerate stimulants just fine.  For these people, diet pills may be an acceptable choice (subjectively speaking, because I am by no means an expert.)  Regardless of their efficacy in aiding actual weight loss, many people can use them with little to no ill-effect.

BUT, I wonder how many people have used these pills, simply adding them to their regimen, with no thought to to the other seemingly benign stimulants they may put into their body everyday; nicotine, inhalers for asthma, caffeine from coffee, soda, and energy drinks such as Five Hour Energy or Red Bull.  A lot of people do not think of these products as drugs but by definition, they are:

Any of these items alone have the potential to cause anxiety and nervousness.  Mix them and guess what happens.  Some people are aware of the possible effects and may intentionally double up on or combine stimulants in an effort to rush or maximize weight loss.  I have no idea if this actually works, but I do know what can happen if you do it and your body has a bad reaction:

I know, it sounds fancy, maybe like something only “junkies” using illegal drugs would get.

An acquaintance of mine just had to have her husband temporarily committed.  He’d suddenly started acting strangely, speaking bizarrely, and doing rash things like writing several bad checks and making impulsive and expensive buys.  He was nervous and agitated.  The first night the doctors had yet to discover what was wrong with him, and of course they ran tests.  The facts as they were told to me were these; he was on Paxil and taking some diet pills… he was also drinking Five Hour energy and using an herbal supplement called Rhodiola Rosea.  My hypothesis, especially after doing some research, was the the guy (who is a rather large fella) wanted to lose weight fast and he thought he could accomplish that by taking multiple stimulants at once (although I doubt he thought of it precisely in those terms.)  I think he suffered a bout of stimulant psychosis.  Though he recovered for the most part, he is still not 100% “right” in the head.

But I’m not a doctor, and you don’t have to take my word for it.  Here is another example, as told by the sufferer, of a psychotic episode induced by stimulants.

My intention here is merely to spread awareness.  In rare cases, some people react poorly to small amounts of even a single stimulant.  When mixed, you run the risk of not only physical harm (think of how your blood-pressure would sky-rocket), but physiological damage as well, possibly even death.  When making decisions based on what to put into your body, think things through, do your research.  It’s the only body you have.