Been back on a Fishdom kick lately.  You know, that game where you match little  shapes, the object of which is to clear each level. In some of the Fishdom games, if you connect a certain number of like shapes, you get a “power-up” in the form of a bomb that blasts away all shapes in a given radius.  I played the game for a while many months ago, until I basically got all played out on it, and just recently picked the game back up again, as a nice addicting little diversion.

And now every time I close my eyes I feel like I’m in a Hunter S. Thompson book or something.  Not, not really.  Actually, my first  thought was that I had somehow spent so much time camped out in front of my little Netbook screen that the game images were burned into my corneas.  Because when I close my eyes or blink, or walk into a dark room, I see crabs.  Little blue crabs.  And sometimes anchors or cornucopias.    I see them in a sort of bright black, negative image, like the floaters you might see from staring at a bright light or the sun. 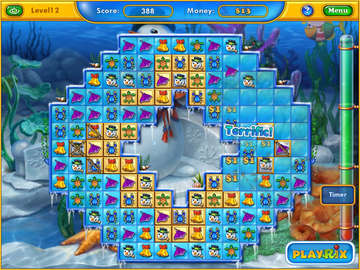 So I did what any self-respecting quasi-hypochondriac would do…  I Googled it.   And it turns out what I’m experiencing is not an unheard of phenomenon.  It even has a name.  The Tetris Effect.

People who play Tetris for a prolonged amount of time may then find themselves thinking about ways different shapes in the real world can fit together, such as the boxes on a supermarket shelf or the buildings on a street.  In this sense, the Tetris effect is a form of habit. They might also dream about falling Tetris shapes when drifting off to sleep or see images of falling Tetris shapes at the edges of their visual fields or when they close their eyes.

The Tetris effect can occur with other video games, with any prolonged visual task (such as classifying cells on microscope slides, weeding, picking or sorting fruit, flipping burgers, driving long distances, or playing board games such as chess or go.) 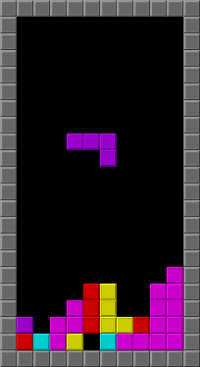 Mentioned in the Wikipedia entry for Tetris Effect was another related concept called Game Transfer Phenomenon, where residual thoughts, feelings, or impulses remain after playing a video game.  I have experienced this phenomenon first-hand, with no small measure of amusement, I assure you.  When I see movement in the tree branches in my periphery and my first impulse is to shoot at it with my non-existent sniper rifle, part of me wonders if I shouldn’t be glad I don’t actually have a rifle.

Anyhoo… while I was reading and assimilating all these interesting new tidbits of useless knowledge, I did not happen to see any information to indicate when I could expect to close my eyes and not see little crabs.  And I still can’t decide whether or not I should be annoyed by this.  Hmm…

I’m not going to do an in depth point-by-point comparison or deep philosophical analysis on the difference between the ‘old’ Resident Evil (RE) games and the ‘NEW-er’ generation of RE.  Both have their merits and deserve recognition.  Also, I have JUST finished playing my way through RE 5 for the first  time (yes, yes, I know I’m a bit late,) and though I have played through the original RE (the Gamecube remake) SEVERAL times, it’s admittedly been a while since I broke bad on some O-Z (that’s Original Zombie, yeah yeah.)   The point is, I don’t feel equal to the task of comparing their merits in any detail, given it’s been a while and the details of the original are not as fresh in my head as I would like.  But I do want to discuss a couple of significant differences in the ‘old’ and ‘new’ and how they effect my gaming experience.