Before this goes any further, let me qualify that question.

–I’m not talking about religion or conversations in the booth with your priest.

–And I’m not only talking about your soul.

Guilt has been a part of my life almost as long as I can remember.  Even before my OCD was diagnosed, and long after, part of my ritual to expel guilt was that I needed a confessor. My mom usually fulfilled this role, even though most often the guilt du jour had nothing to do with her.  Often my confessions were embarrassing and tedious, to both me and my chosen confessor, and were more often then not unnecessary, as my guilt was more a product of my OCD than anything I had actually done wrong.  Though my OCD is now better controlled, there are still times of high stress where I feel a formless guilt and a compulsion to “confess” something to the most important people in my life.

However, the majority of people experience guilt normally, in response to appropriate things, and in varying degrees.  What they do in response to that guilt is as individual a thing as the guilt itself.  Especially when the guilt involves a close romantic partner or spouse.  Relationships are complicated and successful relationships and lasting romantic connection take work.  When asked, most people would likely agree (at least out loud) that honesty is the best policy, although some of those people would likely also tell you there is such a thing as too much honesty.  I’m guessing there are many people, men and women, that would admit having told a “white lie” now and then, to spare their partner’s feelings.

Do you think I’ve gained weight?

Does my hair look thinner to you?

What do you think of my mother?

Sure, honey, dinner was good.

While I do agree with the use of tact and sensitivity, I am personally not a fan of the “white lie.”  I don’t lie to my husband, even about little things.  You may not believe me, and that’s okay, but I think I already demonstrated that I have a pretty overactive conscience with regards to some people.  That’s just me.  I don’t know if it’s the norm or not, or how many people do tell white lies to their spouse with little ill-effect on their conscience, and I am making no judgments.

What I am curious about are the big things?  Lies about our past…hiding money…cheating…

Any secrets or lies that would seriously damage a relationship, or at the very least, hurt you or your spouse emotionally if they ever came out.

There seem to be two main school of thought regarding secrets, lies, and whether or not to confess.  Some people feel that confessing, telling the truth, clearing the air, is the only right thing to do.  If you love someone, you don’t hide things from them or lie to them.  Period.

Then there is the school of thought that confession is actually a selfish act, done more to assuage the guilt of the “confessee” than out of any desire or need to right a wrong.  That there is no point in hurting the wronged party more by confessing, when nothing can actually be gained from truth coming out.  For example, you cheated on your spouse.  It was a mistake, a one time thing, you feel horrible, and you know it will never happen again.  What will confessing do but hurt your spouse, your relationship?

(We won’t go into the school of thought that is “deny, deny, deny,” even when confronted with evidence.  I think people that do that are operating with a questionable moral compass to begin with.  That’s all about self preservation, and guilt doesn’t much factor into it.)

Personally, I always advocate honesty, but if there was going to be criteria on “when to tell the truth,” I’d say the deciding factor should be the answer to one question.

Would the relationship change significantly, would feelings or actions of either party be different if the were the truth known?

After all, how can a relationship be secure, be real, if both parties are not operating with all the facts ? Would your girlfriend leave you if she knew you cheated?  Would your husband forgive you if he knew you went off the pill even after he said he wanted no more children?

Anyway, I am curious to know what you guys think.  Consider this sort of an informal reader poll…

To tell or not to tell…

Talk to the Queen.

This is one of the gems making the rounds on Facebook right now… (and by “gems,” I really mean ignorant, entitled bullshit…) 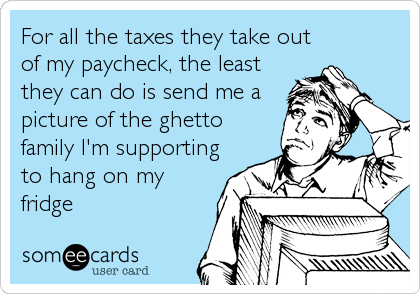 I find it amusing that hundreds of thousands of federal employees just got an unrequested “vacation” without pay because Congress couldn’t get their shit together, and STILL, everyone, including other middle class Americans, are still focusing on blaming the poor people in America.

(I’ve written about this before, and anyone interested in actual facts can check out that link…)

Or, if facts don’t really matter much, I’ll leave you with this little ode to misrepresentation and straight up lies. (I’ll reprint the caption that’s tagging along with this particular incarnation of an old pic, but please, don’t hold me responsible for the dumbassery…)

“What the hell is this… A picture is worth a thousand words. SOMEONE WAS AT THE RIGHT PLACE AT THE RIGHT TIME WITH A CAMERA. IT WAS REPORTED THAT PRESIDENT OBAMA WAS FURIOUS THAT HE WAS CAUGHT ON CAMERA AND IT WAS PUBLISHED AND TRIED TO BLOCK IT. The name of the book Obama is holding is called: The Post-American World, and it was written by a fellow Muslim.(Fareed Zakaria) “Post” America means: The World “After” America !” If each person sends this to a minimum of twenty people on their address list, In three days, all people in The United States of America would have the message. I believe this is one photo that really should be passed around.”

‘Kay, guys…  I hope no one ever post pix of the stuff I read for entertainment!

“I asked you a question.”

He’s trying to control the conversation.  Don’t let him.  You have the power now.  He’ll never control you again.

“Say something…say something!” His lapse in composure is brief, but she sees the rage that she now knows must have always been there.

“I want you to answer the question.”

“Have you never been taught not to answer a question with a question?”  She’s never heard that note of condescension in his voice before.  Not in 8 years of marriage or the two years they dated before that.

I never knew him at all…who is this man?

“You still love me…”  His eyes pin her to the spot, like a butterfly mounted in a display case.  “You miss me.  You need me.  Don’t you?”

“Answer me.”  Somehow this quiet command is more frightening than all of his rage.

“Because I have something you want.”

“You don’t have anything I want anymore!”  No!  Don’t let him see your anger!  If you’re angry, he wins.

He smiles.  “We both know that’s not true.  I know where your sister is.” 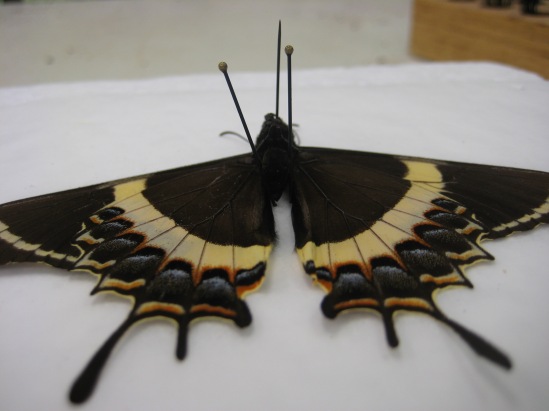