Those of you who are faithful followers, or who know me personally, know that I am something of a potty mouth.  I could give you examples, or mention all the variations of the title question I’ve heard, but that’s not really what the this post is about.

Today, I finished another Dean Koontz novel, The Funhouse.  Despite Koontz’s tendency to include thinly veiled moral/religious connotations in most of his work, and his even more irritating tendency to overdo it on the metaphorical descriptives, I do like his stories.  The Funhouse, one of his older novels and based off another author’s screenplay, is in my opinion, one of his more entertaining pieces.

But what really struck me was a passage from the “new” afterword.  The novelization was originally penned in 1980 (a year before I was born, incidentally,) and the language is gritty and (to me) realistic to a bunch of rebel teens from the ’80’s.  Koontz had this to say in his newest afterword written this year.

If I were to write the novelization […] today, I’d leave out most or all of the explicit language, since I’ve learned it’s always a crutch and that it diminishes rather than enlivens virtually any story.

I immediately took issue with this statement.  To be sure, I am picky about my writing, and critical about the writing in the books I read.  For instance, Patricia Cornwell is an extremely popular crime novelist who has sold more than 100 million copies of her novels.  And I don’t like her.  Sure, her stories are fine, but I find her writing style so irritating that I just don’t buy her books.  I can’t recall specifics because it’s been a while since I read anything of hers, but I seem to remember her as one of those authors that feels like she has to “explain” everything to audience, to the point where it causes the dialogue between characters to sound disingenuous and phony.

Which brings me to my point.  One of the major things that determines a novel’s success is the ability of the audience to relate to and care about the characters.  Nothing detracts from that faster than a disingenuous character or one who does not seem realistic.  While I concede that there are people that don’t use profanity, and writers who may eschew the use of it in their work, I believe it is a writer’s job to be true to their characters.  If their characters are typical 80’s teens, as in The Funhouse, they more than likely swear at least a little.  Even if there is a token “good girl” or “mama’s boy” in there somewhere, more than likely, the rest will curse at least a bit and more than possibly like sailors.

Nothing is more irritating than to hear (read) a character tip-toe around bad words, or worse, substitute lesser exclamations as if they were the most natural thing in the world.  “Oh, crap.”

Anyway, I just think, as successful as Koontz is, on this point, he’s…well, wrong.

What do you think, my fellow writers and book worms? 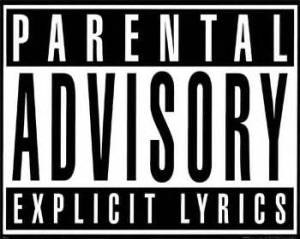 As much a fan as I am of Stephen King’s epic series, The Dark Tower, I really, really hope they don’t make a movie/movies out of it.  Actually, I think it’s because I’m such a King/Dark Tower fan, that I don’t want them to make a movie out of it.  Two main reasons come to the forefront of my mind.

Firstly, Hollywood has managed to fuck up just about every Stephen King story that has every been adapted to film, even when King is involved in the adaptation.   Whether by substandard direction, low budget, or ridiculous special effects/monsters, they always manage to render King’s creations sort of…ridiculous.  They turn the scary silly, the morbid mundane.  In fact, the only adaptations of King’s stories that I can think of off the top of my head that were successful in any way were not initially billed in connection with King.  Like Stanley Kubrick‘s adaptation of The Shining, and more recently the film adaptation of The Green Mile, it was as if Hollywood feared limiting the scope of their viewers by associating it with the horror novel master’s name. 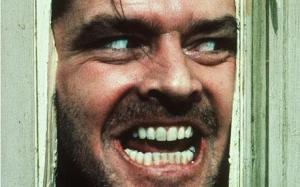 “Don’t you DARE make a Dark Tower movie! Just don’t. Fucking. Do it.”

And the second reason I really hope they don’t make a movie out of DT, equally if not more important than the first reason, is the fact that Stephen King’s Dark Tower series is his magnum opus.  THE magnum opus.  Now with the addition of The Wind Through the Keyhole, a volume written to fit chronologically between the fourth and fifth volumes in the sequence, the series totals eight books and encompasses elements of and references from over two dozen of his previous novels and short stories.  The epic novel-turned-film The Stand, for instance, is heavily linked by common characters and themes.  Some ideas that may not even been previously apparent in the novel, such as the existence of many parallel strands of existence, have nonetheless have always existed for King somewhere in the reaches of his mind.

Other stories appear in The Dark Tower series as only mild references to characters or ideas from previous stories, so small the reader may not even remember them.

The point of which is basically that unless someone had the time, budget, knowledge, and skill to produce a whole season’s worth of one to two-hour episodes, it would be nearly impossible to do this series justice.  And you’d likely end up with a host of pissed off King fans.  Like me.

But… for the sake of argument, if they were  to make a film adaptation of DT, who would be worthy to play the iconic “spaghetti western” anti-hero, Roland of Gilead?  Unfortunately, Clint Eastwood is too old for the role (anyone else notice Roland’s startling resemblance to Mr. Eastwood as depicted on the dust jacket of the final (chronologically speaking) novel of the series?

Anyway, so I came up with three possibilities for the lead role.

Number 3: Karl Urban- He’s got that ruggedly handsome thing down pretty good.  Strap a gunbelt to him and he’s good to go.

I’m kinda undecided on my second and first choice in that I like them both.  They’re both ruggedly sexy, good actors, and I could envision either of them as the acerbic and hardboiled Roland of Deschain.  The only drawback to any of these three men is that they are in fact well known actors, and may be considered by some as type-cast or locked into certain roles, which may be a hindrance rather than an asset to a film adaptation of DT.  But I’ll let you decide.

Number 2-  Hugh Jackman- Imagine the Wolverine attitude with…a cowboy hat.  He’s buff, tough, and he definitely has the right “air” about him. 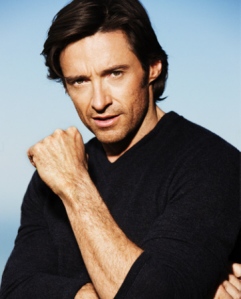 “Snickety-snick! My guns are made of adamantium.”

Comes with his own hat and boots.

Also, as a runner up, especially if you want a little less of a polished, classically handsome choice, I would suggest Michael C. Hall.  He’s proven himself a versatile actor and he has a face that is pleasant but not as generic as the standard “Marlboro Man.” 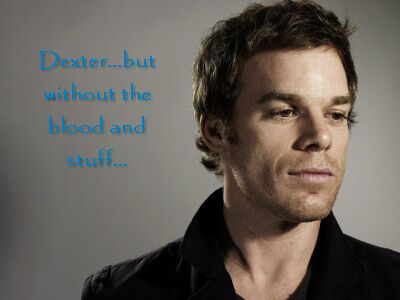