I believe in equal rights for everyone, regardless of color or sexuality, and I don’t believe people getting those rights, or even forming affirmative action groups to facilitate those rights, in any way detracts from the rights you’ve always had and taken for granted.

I believe if the government/tax payers do not want to have to fund any part of women’s reproductive health, and believes a woman is solely responsible for her own birth control, then only she gets to decide what to do with an unwanted pregnancy, should one occur.  The argument that any fetus is “part his” goes out the window unless the responsibility of not becoming pregnant is also “part his.”  It’s not a hard concept.

I believe in feminism as the idea that women should have the same rights as men.  Real feminism, much like liberalism, is misunderstood.  Just because something empowers one group does not mean it has to threaten another.

I am a liberal.

I like to shoot guns and I don’t want your guns taken away. I do believe gun owners should be strickly liable for the whereabouts and use of their firearm at all times, even if they voluntarily lend it to someone. Perhaps then they will be more choosy in how they secure it and to whom they lend it.

I am a liberal.  I am also an atheist. I don’t hate Christians and if you say Merry Christmas, I will gladly smile and say it back.  I believe if you can express your religion without fear of reprisal or death, you have religious freedom.  Just because you can not restrict others’ rights based on your religion, or force other people to say “under God” in the pledge does not mean there is a war on your religion.  It means you live in America, where everyone, not just Christians, have freedom of religion.

I am a liberal. I am not your stereotypical “extreme liberal,” and most of us aren’t. I am not intolerant of Conservative views unless they violate another person’s rights.  Again, let me reiterate, your inability to trample the rights of others does NOT constitute a war against you.

I am intolerant of hatefulness and intolerance. And to anyone who knows me personally, if you think that is a bad thing, instead of “agreeing to disagree,”maybe we should part ways.

A political theory founded on the natural goodness of humans and the autonomy of the individual and favoring civil andpolitical liberties, government by law with the consent of the governed, and protection from arbitrary authority.

1. the quality or state of being liberal, as in behavior or attitude.
2. a political and social philosophy advocating individual freedom, representational forms of government, progress and reform, and protection of civil liberties.  (source)

Man…there are so many hateful people in this world.  I am really starting to hate Facebook for making me so aware of it.  People like to blame all sorts of groups for “the state of the country…”  The Republicans, the Democrats, (Libs and Conservatives), the poor, the blacks, the whites, the illegals…  There is very little left of sympathy or empathy or the milk of human kindness.  SO many people only care about themselves and how things affect them.

The government just cut food stamps…again.  And the house endorsed and extra $500 million in aid to Israel…for missile systems!!!

Could someone tell me why so many people in this country hate our own poor, disdain giving them any help or money because they think it’s just the poor being “lazy” and the gov’t “enabling” them…?

But we can send a shit ton of money to other countries?  Oh, I bet I can…  Because somehow the House sees the money sent to Israel for weapons as a better “investment” than money spent on their own people.

Are we all so busy hating each other, blaming each other (damn lazy poor people,) that we can’t see the gov’t is the one sucking up all our money, screwing up our lives?

Facebook and the internet is really making me start to hate people…worse than I already did.   By all means, let’s cut SNAP aid and welfare money to the US poor….by, dear GOD, don’t let the Panda Cam go offline!!!

I get tired of hearing people bitch about how they “support” people on welfare.
SO I researched it…. On ONE website, I read it’s about a dime a day (I don’t know how he arrived at that figure, but what a commenter said on the topic was priceless:)

And I quote: “I’d pay two dimes if it makes some conservatard stop crying.” (Excuse the use of the insensitive suffix…)

One source has this handy pie chart, and asserts:

A slew of other government programs get a lot less in tax dollars than you might think, Kramer adds. For instance, the hot-button social program welfare gets just a fraction of a penny of every income tax dollar—about .59 cents—and foreign aid and diplomacy account for just 1.2 cents.

Did you know that in order for someone to receive SNAP benefits, their gross monthly income generally must be at or below 130 percent of the poverty line, or $2,069 (about $24,800 a year) for a three-person family in fiscal year 2013.
Furthermore, even before Obamacare, if you had health insurance, guess what you were doing: supporting other people! Most people in general good health will not use the amount of services to equal the premiums they pay in. Health care reform actually dictates that you start receiving a portion of unused premiums back, but people are still complaining. Any insurance works the same way. The car insurance you pay every month is going towards paying for other people’s accidents… You have insurance “in case” you get in an accident. I doubt you get much of your premium back for the year if you have no accidents.

Also, why do people bitch about welfare, when we are also paying so our representatives and officials can have vacation houses?  We’ll call people we don’t even know “lazy” and “moochers,” but our taxes go in larger part to paying about a bazillion other things with which we’d probably not personally agree.

Suffice it to say, most of our income tax money does NOT go to supporting the poor. It goes to the government, the military (and yet they are cutting our soldiers’ lunches?) The goverment spends six times the money on paying interest on the national debt  than they do on education.  If you really want to complain about not paying someone else’s bills, think about that.  And if you can’t afford ten cents out of your check to help poor people (not everyone abuses welfare), then maybe you should be worried more about your impoverished sense of empathy and morality.

So can we stop selectively bitching about poor people?

I suppose I’m asking for trouble here.  But doing something nice for someone is never bad, is it?  Even if that person is my creepy senile stalker?  Actually, I’m doing it as much for my neighbor, Marie*, as anything else.  I was outside smoking a cigarette.  I had just laid DD down and was planning on following her example and taking a nice restorative nap.  But then Marie she came outside.  I could tell almost immediately by the way she was walking towards me, by her body language, even though her face was initially obscured by the fence between us, that something was not quite right.  When I asked what was wrong, she tearfully explained that she was worried Old Man didn’t have any food…  which considering his monthly income is ridiculous, yet completely plausible.

While he brings in easily 3k a month from Social Security or whatever, his incessant skirt chasing leads him to give it away to women.  Now he’s in debt because he can’t afford his own bills.  He has a car, which is somehow, inexplicably insured even though I’m pretty sure he has no license.  These women, a family of rejects, one of which is in jail/rehab for meth, come and use his car and then drop it back off when it’s out of gas.

But, okay… Marie is clearly upset, even though the Old Man annoys the piss out of both of us, and we know doing things for him is like tacitly encouraging him to rely on/ take advantage of our kindness.

She tearfully asked me, “Why do I feel like this?”

And I said, simply, “Because you’re a good person.”  She’s better than me.   But as much as it pains me to admit it, my heart is not made of stone (at least not completely,) so I told her I’d help her make him a huge tub of pasta that would feed him at least a few times.  I also told her that we were probably going to have to take more drastic measures with him, like trying to snag one of his relatives when they came by, or like calling social services, because neither of us can afford to feed ourselves, our families, and his dumb ass.

Got a good mental picture of that? … You’re welcome. 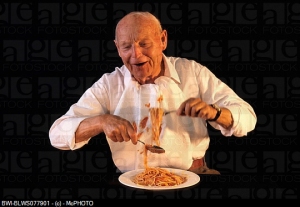 So much for my nap.

The pot of pasta was huge, the most pasta I’ve ever made at one time.  I had Marie go over to Old Man’s place and ask to borrow a can of sauce, as she said she’d seen that he had a lot of sauce in his cupboards when her daughter helped move him to the next apartment over.  (Yeah, you read that right…Marie’s daughter and her husband helped move the Old Man.)

Anyway, I was just gonna cook the noodles and toss the sauce in.  Normally I’d add veggies and other stuff for a better tasting, more nutritious meal.  But this whole thing was still sitting a little wrong with me, so I wasn’t about to use my family’s food to feed him, when it’s his own stupid fault if he can’t afford groceries.

But Marie suggested I just keep some for myself once I was done, so I added zucchini and onions and some extra sauce, and Marie and I each had a plate when the food was done.  I took a small container for my husband’s dinner later and packed the rest up for Old Man.

Voila.  There’s my good deed for the day.  Where he’s concerned, for the year.

But I guess it still does feel good to do something nice for someone…even if I sometimes want to smack that someone. 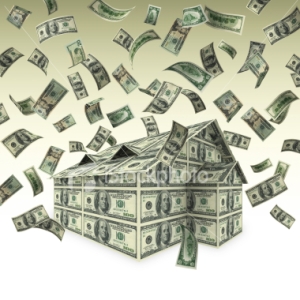 END_OF_DOCUMENT_TOKEN_TO_BE_REPLACED

Apparently, the 1% is “struggling” too in the current economical climate.  One yahoo reporter writes:   END_OF_DOCUMENT_TOKEN_TO_BE_REPLACED