I’ve been watching re-runs of the CSI: Miami.  You know, one of several CSI: Crime Scene Investigation spin-offs?  Apparently, the general public’s obsession with the CSI franchise has gotten so bad that it’s created a problem for law enforcement and the court system, in that criminals are using techniques learned by watching CSI and other shows in the same genre to help cover up evidence, and juries often have unreasonable expectations of real-life forensics because of what they have seen on CSI.  I remember in a college Forensics course I had, my professor, who worked with a Baltimore crime scene unit, complained about CSI and what a bunch of bullshit it was.  Even with my limited knowledge of forensics, I sit and shake my head or yell at the TV sometimes when I watch the shows, because so much of their “science” is complete crap…

But I still watch for the entertainment value.  Apparently, they’re trying to further confuse the dimwitted members of the viewing population by hiring doppelganger actors to play similar characters in the series.   It’s a conspiracy…okay, maybe not, but has anybody else noticed the resemblance between actors Eric Szmanda  and Jonathan Togo?

Szmanda plays crime lab analyst and investigator Greg Sanders on the original CSI, while Jonathan Togo plays a startlingly similar character in CSI: Miami.  Both are generally handsome, in a frat-boy sort of way, and each seem to have quirky, juvenile aspects to their personalities. 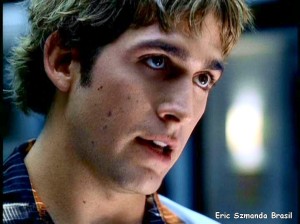 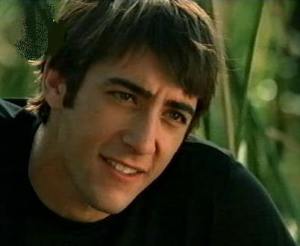 Okay, they’re not exactly twins, but it’s close enough that I have gotten the actors names confused before as to who plays which onscreen identity.  Fellow CSI fans, what do you think?